Doctor’s Strike: Federal Government gives directives for the opening of attendance registers in order to enforce the Work-no pay policy

Federal Government gives directives for the opening of attendance registers in order to enforce the Work-no pay policy. 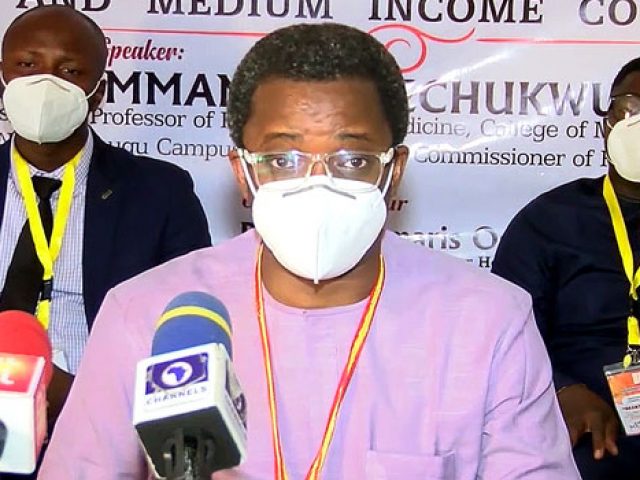 The Federal Government has mandated all chief medical directors in teaching hospitals across the country to open attendance registers with a view to stopping salaries of doctors taking part in the strike called by the National Association of Resident Doctors.

The order, which was revealed by a senior health official, was also confirmed by the President of NARD, Dr Uyilawa Okhuaihesuyi, on Sunday.

The senior health official stated, “Government is determined to implement the no-work-no-pay order. As from tomorrow, attendance registers will be opened in all hospitals. Everybody will be paid based on attendance.”

As government and resident doctors on Sunday traded blame over the strike, plight of patients in the affected hospitals worsened as many of them were withdrawn by their relatives.

Recall that NARD on Monday last week resumed the strike it suspended on April 10 following the Federal Government’s promise to meet its demands including payment of the residency fund, COVID-19 allowance, hazard allowance as well as the outstanding salary shortfalls.

Before resuming the strike on Monday, the doctors reported that the Federal Government failed to implement the Memorandum of Understanding it signed with them after over 100 days they suspended their last strike.

According to them, despite efforts by the Speaker of the House of Representatives, Femi Gbajabiamila, to ensure the Medical Residency Training Funds are captured in the supplementary budget, the Federal Government has failed to disburse the funds to their members.

The strike grounded tertiary hospitals in the country as consultants, who were left to attend to patients, were overwhelmed by the large number of the patients.

On Friday, the Federal Government said it had invoked the “no –work- no pay” rule as contained in Section 43 of the Labour Act.

The Minister of Labour and Employment, Chris Ngige, who stated this in an interview on Politics Today, a current affairs programme on Channels Television, said government had communicated its position to the leadership of NARD.

“We are not aware if they have answered our ultimatum. What have they done in trying to convince the younger ones to go back to work when they have not answered our Memorandum of Action which was signed on March 29 and April 9? So, these are the big questions.

“You are in government and you want to discipline a child, you beat the child but you still hold the mouth of the child to prevent him from crying out. You had 116 days since you signed a Memorandum of Action which was time-bound and you had six weeks but as of tomorrow it will be 117 days and you have not done anything. Will you bully your child that you have not paid for months and still want to impose a no-work, no-pay policy?

“He (Ngige) has already written to the chief medical directors of hospitals and we are aware they are invoking the no-work- no-pay policy already, but we are not resuming yet,” Okhuaihesuyi said.

On the alleged threat by the Federal Government to sack NARD members if they failed to resume this week, Okhuaihesuyi said it was a welcome development.

The NARD President argued that anyone hired by the Federal Government would automatically become a NARD member.

He further wondered where the government would find the doctors to replace the 16,000 NARD members who were already trained.

“I don’t see how they will replace someone who has been in training for three to five years with a new person who hardly knows anything. Anyone who is brought in as a resident doctor will automatically be our member anyway,” Okhuaihesuyi said.

He added that his association had received an invitation to meet with the House of Representatives Committee on Health on Monday (today).

He said, “The chairman, House of Committee on Health, Dr Tanko Sununu, has sent an invite to us to meet him in Abuja on August 9, 2021.”

He said the ministry would only meet with the NARD officials after calling off their one-week-old strike.

Akpan said, “What the minister is saying is that they should go back to work and they can come to the ministry and talk. There was an MoU that was signed with them after which they came back again to report to the ministry. Government is already implementing parts of the agreement as stated in the press statement issued after a meeting on July 22.”

When asked if the government would consider sacking the doctors if they remained adamant, the deputy director said,

“The government is not interested in sacking the medical doctors but what government needs from them is that they should return to work because most of the issues presented by the resident doctors are already being treated by the governors.

When asked about the sanctions that would be imposed on the striking doctors, Akpan stated, “The minister has answered this question during his interaction on Channels Television which was well reported. No additional information.”

We will do what FG tells us to do – LUTH

Tertiary hospitals, including the Lagos University Teaching Hospital, Idi-Araba, on Sunday said they would open attendance registers as directed by government.

The Chairman, Medical Advisory Committee of LUTH, Professor Wasiu Adeyemo, told one of our correspondents that the hospital would obey the directive of the Federal Government.

He said, “We are employees of the Federal Government, whatever they ask us to do, we will have no option than to do it.