Gender Diversity plays out as 6 women are placed at the top.

Gender Diversity plays out as 6 women are granted bigger positions for the first time in their various Cooperate Organisations. 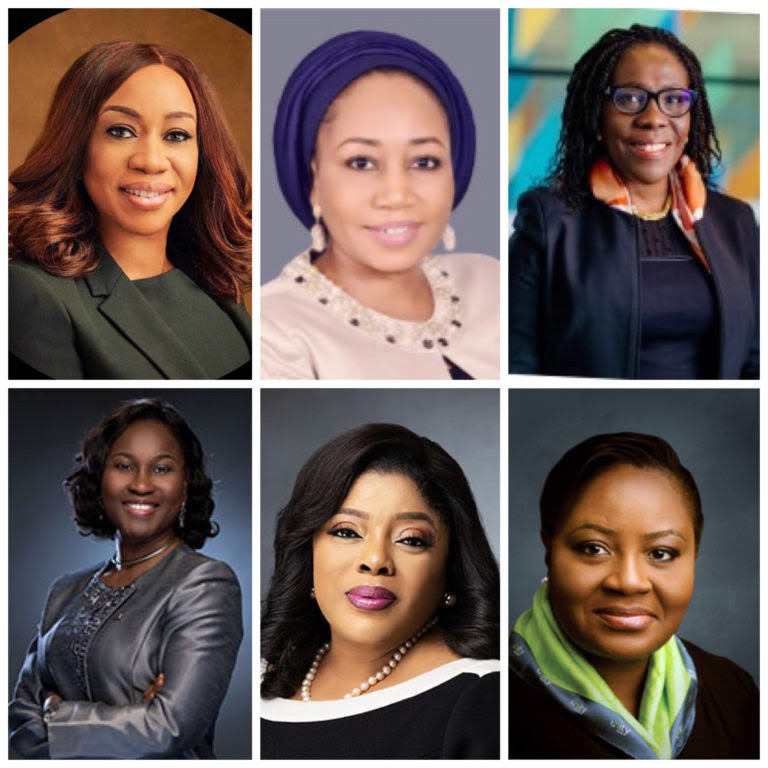 Gender Diversity plays out as 6 women are granted bigger positions for the first time in their various Cooperate Organisations.

For the Nigerian Finance Sector and Banks, the year 2021 seems to be a year of Positive changes as more females are taking top positions in various management teams.

As at December 2020, the representation of females in bank boardrooms had been less than 30%. The ratio wasn’t too far off from that of bank’s management teams.

Nigeria’s corporate space has always bee largely male-dominated, but the banking sector saw progress in boardroom gender diversity when Bola Kuforiji-Olubi was appointed the first woman to chair the board of a bank, United Bank for Africa (UBA), in 1984.

In 2015, First Bank of Nigeria Limited, Nigeria’s oldest lender, appointed Ibukun Awosika as its first chairman. Mosunmola Belo-Olusoga was also appointed chairman of Access Bank Plc, while Osaretin Demuren was appointed chairman of Guaranty Trust Bank – both in 2015This was the beginning or better yet the Dawn of a new age.

“Having women as the CEOs or representatives will make other women feel safe in the workplace,” Nana Nwachukwu, Gender Activist had said in response to their appointments in 2015.

The Women who had bagged the MD/CEO Positions though are listed below:

First off, we have

Became the managing director/chief executive officer of Fidelity Bank on January 1, 2021. She is the first female to occupy the position since the bank’s inception in 1988.

Up next we have

Like her Fidelity Bank colleague, she is the first female boss in the bank’s 31-year history.

Yemisi Edun became the managing director of First City Monument Bank Limited (FCMB) on July 13, 2021. She is equally the first female MD of FCMB, following the approval of her appointment by the Central Bank of Nigeria (CBN).

the MD/CEO of SunTrust Bank,who holds a Bachelor of Science degree in Business Management from the University of Maiduguri, as well as MBA from the same university.

She is an alumnus of the Lagos Business School’s senior management programme.

was appointed MD/CEO of CitiBank in September 2020, the first time a woman was appointed to the bank’s top position after 36 years of operation in Nigeria.

she was the head of payments and receivables, treasury, and trade solutions (TTS) for Europe, Middle East and Africa (EMEA) at Citi’s Institutional Clients Group (ICG) based in London, UK.

became the CEO of Unity Bank in 2015. A graduate of English Language from Obafemi Awolowo University. Tomi Somefun is a fellow of the Institute of Chartered Accountant of Nigeria (ICAN).

She started her career in the financial service industry with Peat Marwick and Co. After that, she moved to Arthur Andersen – now KPMG.