Run down on the Summer Transfer window. 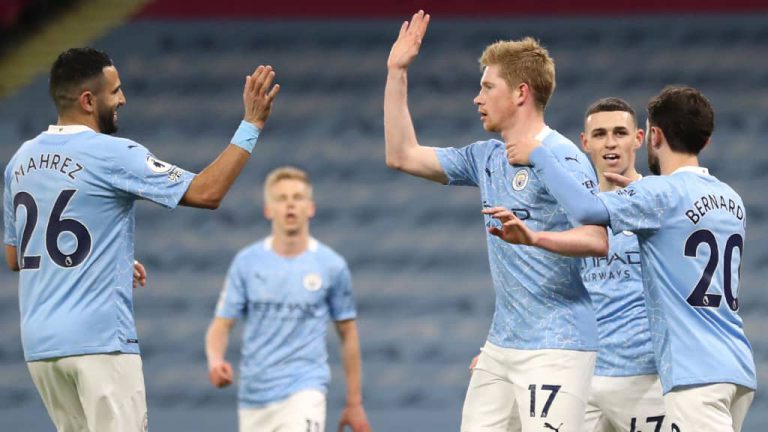 Despite the effects of the COVID-19 pandemic, almost every major club in Europe made a big-money signing in the just-closed transfer window and there were plenty of records broken, with the Premier League leading the way with over £1.1 billion spent.

While Real Madrid weren’t able to get a last-minute deal for PSG’s Kylian Mbappe over the line, Cristiano Ronaldo and Lionel Messi moved clubs and there was an impressive mix of £100m moves and savvy free transfers to keep things ticking. In fact, it’s been one of the most exciting windows for years.

Here are grades for all the major summer deals, with each day listed in order of highest transfer fee.

Is there a worse deal in the history of soccer? Signing Griezmann for €120m in 2019, funded by taking out loans and mortgaging against future income, Barca have loaned him back to title rivals Atletico for €10m with an obligation to sign permanently for around €40m. Yes, it raises some cash and gets salary wages off their wage bill, but it strengthens Barca’s rivals and proves just how bad their finances have been run.

Atletico not only get one of their best players back, but they get to weaken one of their title rivals at the same time. The champions already saw what Luis Suarez did in that regard and Griezmann makes it even worse. An incredible move for them.

With 19 goals in 94 games, the 31-year-old hasn’t set the world alight at Sevilla over the past two seasons but the club have other options up front and aren’t doing themselves any real damage by letting him go on loan.

Coach Ronald Koeman wanted a No. 9 and he got one, though Barca fans won’t be overly enamored with the signing. De Jong will do a job, at considerably less wages than other possible arrivals, but it’s hard to see how his style of play will fit into his new club.

The French club have lost their star player for an incredibly low fee. Last year, the club were talking about €60m, and they’ve been forced to accept half that as his contract ticks down, while also leaving themselves little time to land a replacement.

Madrid will be happy they have managed to land one of Europe’s top prospects on the cheap and ahead of their rivals. It’s not clear how the 18-year-old fits into a midfield that has Luka Modric, Casemiro and Toni Kroos, but he will add depth and gain a load of experience from these world-class players.

Barcelona probably come out of this one slightly better, as they only recently signed him for €9m in a complicated deal with Real Betis (who will be owed €5m as part of the move.) Clearly they have options at right-back in Sergino Dest and Sergi Roberto, so making a decent profit was a priority.

Tottenham have landed a good player, who impressed with Brazil at the Copa America, but it’s still a fair amount to spend on a right-back. He should do well, though, and will replace Serge Aurier.

James has spent the past two seasons at Old Trafford after signing from Swansea City in 2019 but hasn’t made much of an impact. With Jadon Sancho and Cristiano Ronaldo arriving, it was a good time to move on, and a hefty fee helps United balance the books, too.

Leeds should be able to offer the speedy Wales winger a chance to shine. They have paid roughly £10m more than United did to sign him, which is a bit odd as his transfer value shouldn’t really have increased, but they’ll get a decent young player who is hungry to succeed.

Having signed in 2019 from Belgian side Sint-Truiden for around €9m, Bologna have made a decent profit and can help secure their financial future for a while with this deal. The Japan international will be missed, but they couldn’t block his move for long.

Arsenal were under pressure as the deadline ticked down to find a replacement for Hector Bellerin as Ainsley Maitland-Niles made it clear he wanted out. Tomiyasu isn’t the kind of signing that will get Gunners fans that excited, but at 23 he has room to grow and can play either centre-back or right-back.

Having tried to sign him to a new contract with his terms expiring in 2022, there wasn’t much Barcelona could have done to prevent this move. How one of Camp Nou’s finest young players slipped into the clutches of another club will be analysed by Barca, but it’s likely to be down to the wages on offer in the midst of their financial crisis.

Leipzig continue to sign up some of Europe’s top young talent, and the 18-year-old has all the skills to impress in the Bundesliga. Moriba should get a chance to shine in Germany — with a host of other teenagers for company.

few days to the end of August saw Ronaldo ask to leave Juventus, with little resistance. The Turin side can help break even with the €15m fee (plus €8m add-ons), reduce one massive set of wages from their wage bill and focus on the future. Yes, they’ll miss Ronaldo’s goals and presence, but they may be better off.

United are being somewhat romantic by bringing the 36-year-old back to Old Trafford, as they don’t really need another forward, but they’ve had success with older players before. Ronaldo isn’t the same player as fans remember between 2003 and 2009, but just keeping him out of the clutches of rivals Man City may be reason enough to sign him.

LaLiga champions Atletico won’t have wanted to let Saul go, but the player reportedly pushed for a move after slipping down the pecking order. They will miss his versatility and their squad will be weaker as a result.

It’s a sign of a world-class squad when you still manage to add quality to it without really needing to. Chelsea wanted a central defender but ended up with a midfielder and Saul will add some depth to an area they have filled with poor choices in recent years.

Another stunning piece of business for PSG. They have arguably one of the most dynamic full-back pairings in world football with Mendes on the left and Achraf Hakimi on the right. If he impresses during his loan spell, then the option to sign him permanently will be a bargain.