Edge computing: What it is and what it’s all about. 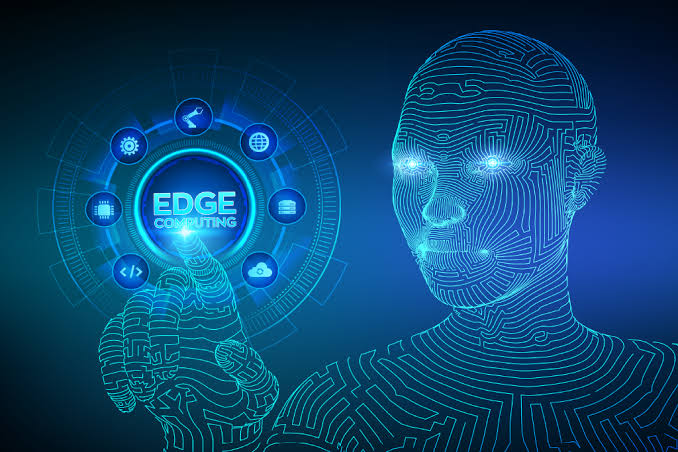 But Edge Computing could be all that or not so,

WHAT IS EDGE COMPUTING?

Edge computing is basically a distributed information technology (IT) architecture in which client data is processed at the periphery/source/origination of the network, as the name edge implies, this means as close to the originating source, of that data, as possible.

Edge computing (as opposed to cloud computing) is when operations happen at the closest logical location. Often, the most logical and efficient place for the processing of information is locally on a device. Sometimes, at the closest data centre, Essentially, Edge Computing is data processing that happens off the network, on the ‘edge’ of the network, and closer to the source of the information.

Only when the information has been processed and refined is the data sent to the cloud, if at all. Edge Computing is becoming more and more relevant with the growing popularity of the Internet of things (IoT).

Data is basically the powerhouse of every modern business, it’s basically one of the driving tools in pushing every business, both online and offline, forward.

As Oxygen is to humans, so is data to businesses and enterprises.

Imagine a world without data, its basically unimaginable because where do u even start from without it.

Today businesses are swimming in an ocean of data, and these data, no matter the amount can be routinely collected from sensors and IoT devices operating in real time from remote locations and in every operating environment almost anywhere in the world.

You’ve probably noticed my frequent use of the word “internet of things (IoT)”, we can’t necessarily talk about Edge computing without stating what IoT is so,

WHAT IS THE INTERNET OF THINGS?

In a nutshell, the Internet of Things is simply the concept of connecting any device (so long as it has an on/off switch) to the Internet and to other connected devices.

So, what is the significance of edge computing to IoT

Well, we normally have a lot of issues when using certain devices, especially when it comes to processing or better yet calling back or calling out data that we may need, in our day to day lives, like your login information, your messages, an account on qa social media handle and much more.

So, this is what Edge computing does

The time it takes for you to send a query through your device to the network and for a reply to come back is called latency. Smart devices that are connected to the Internet don’t work at the speed of human thought, due to a number of factors that limits them, factors like bandwidth, network speed, and even the distance from the server or the database.

But this is where Edge computing comes in,

Edge Computing allows such devices to compute and make decisions locally, at high speed, without affecting their efficiency.

As recent news shows, even the most secure databases are not entirely safe. Any information stored in the cloud can be hacked, compromising your users’ details. With Edge Computing, while the device collects a lot of information, only the relevant (and processed) data is sent to the cloud. In certain cases, the device isn’t even connected to a network all the time. This means even if the cloud were compromised, not all of the user’s data would be at risk although, this is not to say that Edge computing doesn’t have it’s own setbacks.

Whilst it may not be obvious to users, using cloud computing requires a massive infrastructure to support it. With Edge Computing, you can reduce these infrastructures needed. Instead of having to expand servers to accommodate all the information, the data is instead stored with the user.

Cloud-based services can be subject to Distributed Denial of Service (DDoS) attacks. A DDoS attack is when the server is flooded with artificial queries cramping up the network so actual users of the server can’t access it. This can be avoided with Edge Computing by giving your users uninterrupted service. Also, as Edge Computing doesn’t have to rely on a steady connection to the Internet or servers, the service provided is not at risk of network failures or a slow connection.

These are just some of the internal advantages of Edge computing

What are some day-to-day personal uses of Edge Computing?

The speed and dependability of Edge Computing make it ideal for use in several industries, including:

But having said that, it’s not to say that Edge computing has no disadvantages. As an emerging technology, it still has a few disadvantages like,

Security: if maybe a device is hacked, a device using or dependent on edge computing can easily be used to compromise all data whenever it is left physically unprotected. Data can be misled to locations they’re not meant to be in.

Hardware: before using edge computing, there would be a need for your users to have enough storage or space on their device because this system of data processing stores the data on the device of this client, no in the cloud, not in a server.

Incomplete data: As a user, localised information is great. However, as a company operating the service, you may end up losing a lot of user behavior data.

In Summary Edge computing has so many eases of access for users of all status quo but just like every other tech innovation, has its typical setbacks.

3 must have Cryptocurrencies in the Crypto space Heading 2 Traders are looking at three altcoins that will mirror the recent rise of Solana. The token, Solana (SOL) is now the sixth-ranked cryptocurrency, according to FTX exchange data. Its trading price is up nearly 600% from its July low of $23.47, where it was trading at $175. After SOL’s breakout to a new all-time high, crypto trader, Micheal van de Poppe has shifted his focus to decentralized blockchain platforms Tezos (XTZ), Polkadot (DOT), and Cosmos (ATOM). Essentially, Tezos relies on smart contracts in a way that’s similar to Ethereum. In the end, Tezos has a big advantage: an advanced platform that can improve and evolve over time, with no danger of hard forking. Holders of XTZ have the ability to vote on proposed protocol upgrades put forward by Tezos developers. At the time of writing Tezos traded at $6.16 with a daily trading volume of $943 million. Polkadot is a multichain sharding protocol that facilitates the transfer of almost any data type, not just tokens. This allows multiple blockchains to interact, thereby improving interoperability. Interoperability would enable the creation of a private and transparent web that is completely decentralized and controlled by its users. Through the Polkadot relay chain, this protocol connects public and private blockchains, permissioned networks, oracles and future technologies, allowing these blockchains to securely share information and transactions. Michael van de Poppe told his 123,000 YouTube subscribers that Cosmos (ATOM) looks ready to run based on its underlying market structure. It’s either Tezos, Polkadot, or Cosmos as a layer-one solution to follow Solana, given its incredible structure. “As for the future outlook for ATOM, Van de Poppe notes two significant price levels. It has retested off of the ($17.47) level, and I think we’re going to break the highs soon and then the next target zone for Cosmos is $47 and $72,” Poppe added.