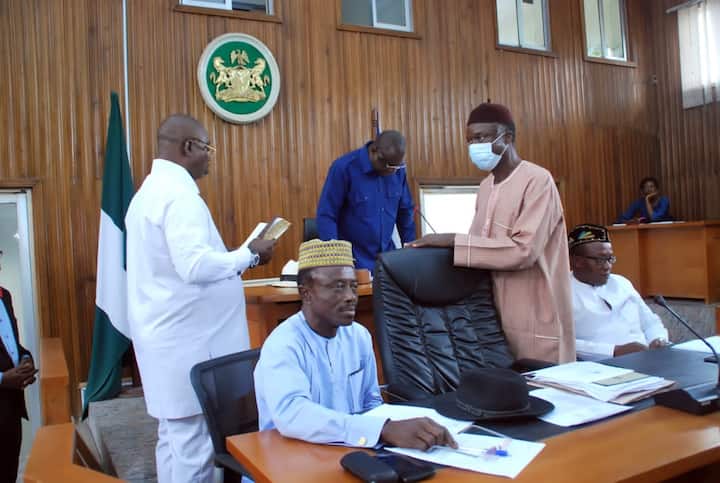 It was gathered that some of the policemen were also spotted standing close to Governor Ben Ayade’s office.Their presence followed the Federal High Court ruling on Monday, March 21, sacking 20 lawmakers in the state for defecting from the Peoples Democratic Party (PDP) to the All Progressives Congress (APC). Justice Taiwo Taiwo sacked 18 lawmakers from the state and two in the House of Representatives. Cross River government has appealled to lawmakers over the  sack and madeits demands Earlier.

it was gathered that the Cross River state government has approached the Court of Appeal in Abuja seeking a stay of execution against the judgement of a Federal High Court which sacked the speaker of the Cross River state House of Assembly, Eteng Williams, and 17 of his colleagues over their defection from PDP to APC.