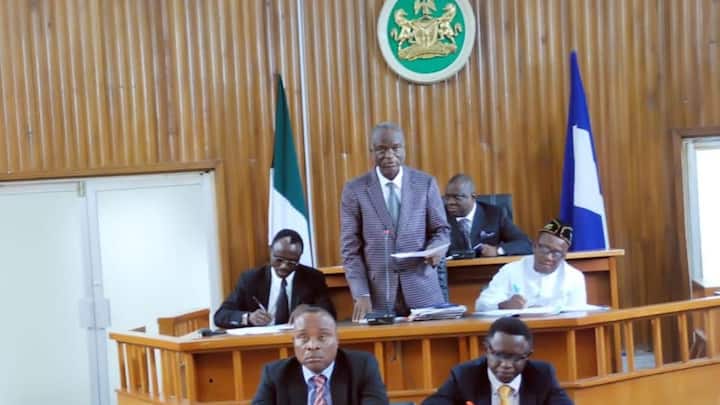 Twenty (20) lawmakers of the Cross River State House of Assembly who defected from the People’s Democratic Party (PDP) to the All Progressives Congress (APC) have been sacked.

Justice Taiwo Taiwo of a Federal High Court in Abuja delivered the judgement sacking them on Monday,

The ruling is coming barely two weeks after Governor David Umahi of Ebonyi, his deputy and 16 lawmakers in the state were sacked by the court over defection.

Meanwhile, Justice Taiwo noted that the “lawmakers wined and dined under the umbrella of the PDP,” but ditched the party even when there was no justification for their action. He said as he granted all the reliefs sought by the PDP: “The defendants court documents were contrived and filed with loopholes. The papers are manifestly defective.” It was gathered that the defendants in the suit were the Independent National Electoral Commission (INEC), the APC and clerk of the State House of Assembly.

Meanwhile, another Federal High Court (FHC), Abuja, on Monday, March 21, struck out the motion filed by sacked Governor David Umahi of Ebonyi, seeking for a stay of execution of the March 8 judgment. Justice Inyang Ekwo struck out the motion after Chukwuma Ma-Chukwu Ume, SAN, counsel for Umahi and his deputy, Kelechi Igwe, prayed the court for the withdrawal of the motion, and the People’s Democratic Party (PDP)’s lawyer, Emmanuel Ukala, SAN, did not oppose the application. The motion for stay of execution was marked: FHC/ABJ/CS/920/21, between PDP  Vs. INEC and three others.