Gbenga Olawepo-Hashim switches over to APC 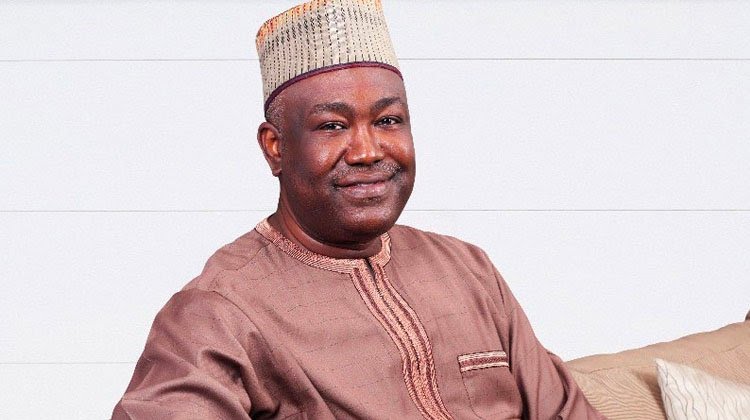 Gbenga Olawepo-Hashim switches over to APC after loss in last presidential election, 2019.

Political Party People’s Trust has lost one member as its ex Presidential Candidate from 2019, Mr. Gbenga Olawepo-Hashim has joined the All-Progressive Congress (APC).

In a bid to revive his long-term struggle for improving people, He announces his allegiance to the APC in a statement personally signed by him, which was released in Abuja, yesterday.

The oil tycoon explains that he decided on APC to make-good his plans for Nigerians. saying this is because the party is not just crawling with people with whom had founded the opposition People’s Democratic Party (PDP). but because the party is a desirable pathway for the protection and maintenance of the unity and Progress of the nation.

he emphasizes that he is convinced of the passion of President Muhammadu Buhari’s Anti-corruption crusade, though question the effectiveness of said crusade.

Ironically, “the other party does not even care a whim about curbing corruption”, and regrettably, “its members celebrate their newly adopted legacy of graft and display of criminal opulence. The other party is a far cry from the community of honourable men and women that it was in 1998 when we lunched it,” he said.

Olawepo-Hashim reveals that he has formally registered in Usuma Ward as was required, and “this was after series of consultations with his longtime friends and associates of over 23 years, this includes Governor Abdulrahman Abdulrazak of Kwara State.”

Gbenga receives support and encouragement from Ministers of Special Duties and Former Bunue state Governor, Senator George Akume, Former Governor of Benue state and current minister of Special duties, who is also one of the APC leaders in the North central zone and a major political ally since their days as founding members of the ruling party, the People’s Democratic Party (PDP) in 1999.

recalling how he “was then privileged to serve as the first elected Deputy National Publicity secretary as well as chairman of the important Group of 54 National Executive Committee (NEC) members that included a majority of the party’s elected Governors in 1999”, and “By the Grace of God today I will be attending the stakeholders meeting of the Federal Capital Territory (FCT) chapter of the All Progressive Congress(APC), in what is my first public event as a member of the party”

saying that it was clear after the 2019 elections that moving forward we have to make a choice between one of the two major political parties in Nigeria, for a more meaningful struggle for a better Nigeria. In respect to that, “in the past 6 months I have twice met the Chairman of the APC National care taker committee, His Excellency, Mai Mala Buni, and several times with my brother and friend Attorney General and Minister of Justice, Mallam Abubakar Malami (SAN).

This is in addition to meetings with Minister of the FCT, Mallam Mustapha Bello, who is the leader of the APC in the FCT, and also a member of the Federal Cabinet. “I have also consulted with party elders, leaders and members too numerous to mention, and especially the FCT party chairman, who worked very hard to convince me to join the APC.”

Regardless, “in deciding for the APC, I have no illusion that I have come to a perfect party or that the struggle to birth a new Nigeria on this my chosen new platform will be easy. I will continue to rely on your prayers and support, the strength of the Lord and his guidance and protection as I embark on this journey.”