The Central Bank Governor, Godwin Emefiele, On Thursday claimed that As of the Ending of June Nigerian Banks had refunded N89.2 billion customers money that had been taken illegally. 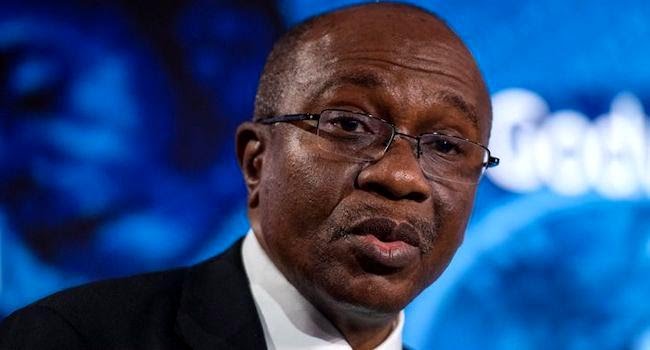 The Central Bank Governor, Godwin Emefiele, On Thursday claimed that As of the Ending of June Nigerian Banks had refunded N89.2 billion customers money that had been taken illegally.

The CBN Governor during the CBN fair held, simultaneously in Cross River and Akwa Ibom, had said the money belonging to customer’s were returned after they laid complaints.

The spokesman for the CBN Governor, Osita Nwanisobi, said the cumulative number of complaints from bank customers as of June was 23,526 of which 22,173 were resolved.

He says, the fair became essential in order to create awareness on CBN interventions and how it’s impacting lives and businesses of people.

“When the CBN governor assumed duty as the 11th governor of the apex bank, he made a profound statement that he wants a people centred CBN and you cannot have that if you do not engage.

“In addition, we want to use this opportunity to build the confidence of Nigerians that the nation’s financial institutions are resilient, stable and safe.

“Nigerians have nothing to fear as the CBN carries out a periodic examination of the banks,” he said.

On the subject of digital currency by the CBN, the governor stated that Nigerians needed to realize that crypto currencies are supplied by unknown entities with no regulations.

Adding that the Digital Currency which CBN plans to issue would be regulated by the apex bank and can be used for the nation’s monetary policy.

He remarks, Daramola Atanda, Head, Consumer Protection Department of the CBN, noted that Nigerians must know their rights as customers and report cases of violations to the CBN on 07002255226 or cpd@cbn.gov.ng.

Mr Atanda however tells bank customers to be responsible as there were issues that were in their own purview; such as understanding the package offered to them by banks.

He pleads with customers to ensure that they repay their loans and also protect their financial instruments such as their debit cards and others.

Speaking virtually from Uyo, Amina Abdulmalik from the Currency Operations Department of the CBN, called on Nigerians to handle the naira with care as it was a national pride.

“Our naira notes are supposed to last for about two years after printing but due to poor handling, some of them