NNPC Announces redeployment of staffs and disengagement of an operating Officer. 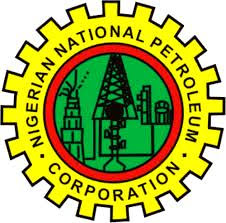 The Nigerian National Petroleum Corporation, NNPC on Monday announced the promotion and redeployment of staffS to fill vacant positions, as well as the disengagement of a chief operating officer.

NNPC stated that other Chief Operating Officer positions in the Corporation had now been re-designated as Group Executive Directors, in alignment with the rules of Company and Allied Matters Act.

This, it said, was preparatory to the new status of the corporation as a limited liability company, post-Petroleum Industry Bill.

The statement also says, “The new appointments include that of Mr Garba-Deen Muhammad, who will take over from Dr. Kennie Obateru, as the Group General Manager, Group Public Affairs Division of the corporation.”

The oil firm’s Group Managing Director, Mele Kyari, said the recent appointments would enable the corporation to live up to the Great expectations of Nigerians.

He said the development would also enable the corporation to achieve its vision of becoming a world-class energy company of choice.