75 lives lost to the Outbreak of Cholera in Kastina.

Number of persons who lost their lives to the outbreak of Cholera in Katsina State has risen to 75. 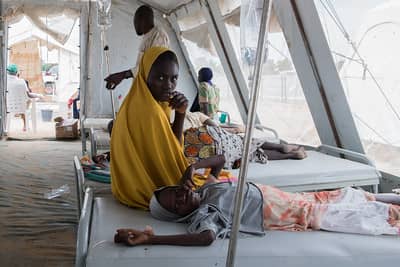 Number of persons who lost their lives to the outbreak of Cholera in Katsina State has risen to 75.

The State’s Commissioner of Health, Yakubu Danja has confirmed the increase of deaths due to the illness during the Press Briefing held in the state on Tuesday.

Early on the number of deaths recorded in the state due to Cholera was put at 60.

Danja, the Commissoner, said 25 local government areas out of 33 LGAs in the state were so far affected by the outbreak.

According to the state’s records and his breakdown, the Commissioner said that Funtua Local Government has the highest number of deaths of 18, followed by Charanchi, 14, Jibia 11, Kankara 5, while Sabuwa and Rimi recorded four deaths each.

“Sixty-seven percent of the reported cases are aged 15 years while three cases were reported for under one-year-old and of all the reported suspected cases, 53 percent are male,” the Commissioner, Danja noted.