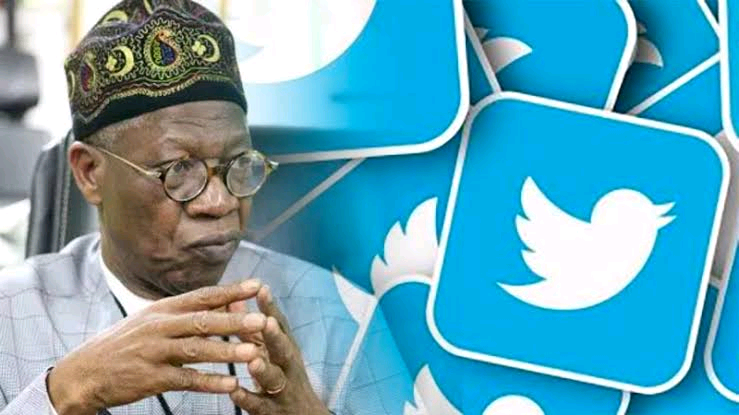 Nigeria Government had suspended Twitter in the country in June after the social media platform deleted a controversial tweet by Their President Muhammadu Buhari.

The Minister of Information and Culture minister, Lai Mohammed, said on Wednesday that though they were still presently setting up terms and speaking with Twitter, many agreements had been reached.

He briefed journalists after the weekly Federal Executive Council meeting in Abuja, said the areas still pending include Twitter setting up an office in Nigeria and having a Twitter staff of management cadre as the country representative.

He said although Twitter had agreed to establish an office in Nigeria, the social media platform said it cannot do so until 2022.

The Minister said he believes the grey areas would be resolved in a few days or weeks.

The Nigerian government whom had also accused Twitter of supporting protests against the government.

On Briefing the journalists, Mr Mohammed stated that although they had a smooth deliberation with Twitter, that did not mean that there was no area of disagreement.

He also said they made some demands which Twitter promised to look into,

“I know that one of the conditions that we set was that Twitter, in line with Nigeria’s Companies and Allied Matters Act, should establish presence in Nigeria with registration with the Corporate Affairs Commission (CAC),” the minister said.

“And we think it is the only thing, that if you want to do business in Nigeria, you must register first, a Nigerian company and of course, you must have an address. That is one of the conditions we gave Twitter.

“A physical office address in Abuja and offices outside the capital. But we believe that it’s important that Twitter should have a company representative who is high up so that he can take directly complaints from Nigeria to Twitter.

“Fourthly, we asked that Twitter shall be mandated to retain designated local agents to manage its engagement with federal government operations in Nigeria.

“We Told Twitter to commit itself to working with the Federal Inland Revenue Service. Understanding that if you make money from Nigeria, you pay taxes according to Nigeria laws. Of course, start paying VAT and other tax liabilities like any company resident in Nigeria.

“We proposed to Twitter that we should agree on a charter of online conduct for content management so that this charter will guide both of us. We will agree on which content would be acceptable, what is not acceptable.

“So, the two parties would because we are very concerned about content that are liable to jeopardize the security, unity and safety of Nigeria.