NDA Claims Their Security was jeopardized 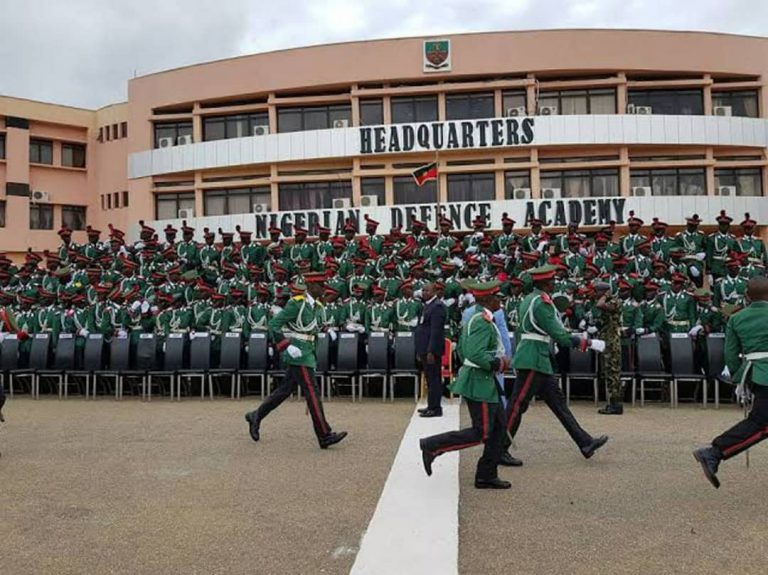 It was gathered that when the gunmen infiltrated the NDA permanent site along Airport Road, Afaka, in the Igabi Local Government Area of Kaduna State around 1am, they came through a broken fence and caught the residents unawares.

It was learnt that the gunmen, who headed in different parts of the premises, caught the officers on duty off guard because they were wearing military uniform.

It was gathered that the situation was worsened by the fact that officers who were manning the institution’s Closed Circuit Television cameras were caught napping and could not raise the alarm when the bandits stormed the academy.

A source stated that the attackers had already wreaked havoc and subdued the few soldiers who tried to resist them by the time residents got to know about the attack.

It was said that the military authorities, who were embarrassed by the invasion, had started compiling the names of errant personnel to be court-martialed.

It was learnt that besides the two officers who were killed, another officer, 2nd Lt Onah, who was injured during the attack, was receiving treatment in a medical facility within the institution.

A top military officer, who confided in the PUNCH, stated, “In a Gestapo style, gunmen in military camouflage invaded the NDA, gunning down two officers, a naval officer and an Air Force officer, after gaining access to the well-fortified institution.

“The gunmen came in large numbers. They were fully kitted in military camouflage and forced their way into the academy before proceeding to the officers’ quarters. Their targets were probably the cadets (students).”

Sources explained that the embarrassing attack on the academy could have been foiled if the security guards were alert and vigilant.

A source stated, “Preliminary findings revealed that the security guards were either asleep or not on duty during the attack. Further investigation will show what aided the attack; whether it was insiders’ connivance, negligence or dereliction of duty by the guards or other extraneous factors or circumstances.”

The military institution is opposite the Federal College of Forestry Mechanisation, Afaka, where 39 students were abducted by bandits on March 11, 2021. The bandits had demanded N500m to free the captives a few days after the abduction.

But they were released after spending 50 days in the bandits’ den following the intervention of former President Olusegun Obasanjo and controversial Islamic cleric, Sheikh Ahmad Gumi.