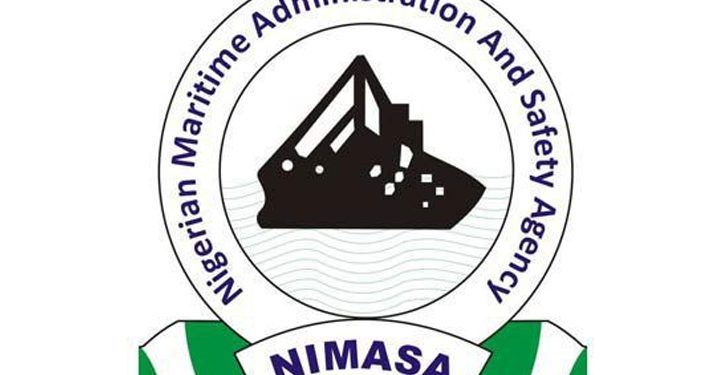 the deployment of the Deep Blue project assets since February has reduced the risk of piracy in the Gulf of Guinea and Nigerian Waters reveals NIMASA, Nigerian Maritime Administration and Safety Agency. It also stated that it led to the end of War Risk Insurance premium on Nigeria-bound cargoes.

The was disclosed by the Director-General of NIMASA, Dr Bashir Jamoh, in a statement on Sunday in Lagos, after a meeting with the Executive Secretary of the Nigerian Shippers’ Council (NSC), Mr Emmanuel Jime, in Lagos.

NIMASA boss revealed that the international shipping community had acknowledged the progress made by Nigeria in a bid to reduce piracy in the Gulf of Guinea as reported by the International Maritime Bureau (IMB).

that reduced incidents which would be in the IMB’s second-quarter report was valuable feedback on the agency’s campaign for Nigeria’s delisting from countries under the war risk insurance burden.

Jamoh said, “Feedback on our campaign for Nigeria to be removed from countries paying war risk insurance premium on inbound cargoes, has confirmed that the international shipping community is watching developments in Nigeria and the Gulf of Guinea with keen interest.

“Their desire is to see a sustainability of the positive developments in recent times, leading to a drastic decline in piracy attacks in Nigerian waters and the Gulf of Guinea.

“Since the deployment of the Deep Blue Project assets in February, there has been a steady decline in piracy attacks in Nigerian waters, on a monthly basis.

“With adequate sensitisation of the international shipping community, I am sure that our quest to be removed from nations considered to have dangerous waters will soon materialise for the benefit of Nigerian shippers.”

What you should know

It was earlier reported in June that Piracy in the Gulf of Guinea, which has become the global epicentre for sea piracy fell to the lowest since Q2 2019, in a report published by the International Maritime Bureau.

The report disclosed that globally there were 68 incidents of piracy and armed robbery against ships – the lowest total since 1994 – down from 98 incidents during the same period last year. There were 61 vessels boarded, four attempted attacks, two vessels fired upon and one vessel hijacked, with 50 crew members kidnapped, three each threatened and taken hostage, two assaulted, one injured and one killed throughout the first half of 2021.

The Gulf of Guinea region led globally with 32% of all reported incidents and accounted for all 50 kidnapped crew and the single crew fatality recorded during the first half of 2021. However, the number of kidnappings in the region reached its lowest level since Q2 2019,