With the need to constantly monitor the performance of the world economies in relation to Nigeria, that have high Gross Domestic Production. 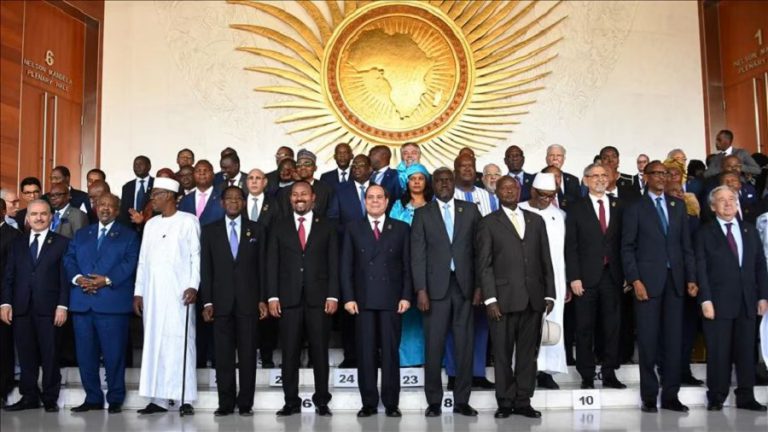 With the need to constantly monitor the performance of the world economies in relation to Nigeria, that have high Gross Domestic Production.

South Africa is the second-largest economy in Africa, second only to Nigeria with an estimated population of over 59.3 million people. It boasts of a GDP per capita of $5,090.72 to stand in sixth position. The country’s GDP per capita declined by 15.8% from $6,001.4 recorded in the preceding year.

Botswana, a country in the centre of Southern Africa with a population of 2.35 million people, recorded the fifth highest GDP per Capita in Africa at $6,710.99. The country’s GDP in 2020 stood at $17.18 billion, representing a 7.89% decline compared to $18.65 billion recorded in the previous year.

Gabon, a country on the west coast of Africa boasts of being the fourth highest economy in Africa based on GDP per individual with $7,005.88 and an estimated population of 2.23 million people based on data obtained from the World Bank.

Equatorial Guinea recorded a GDP per capita of $7,143.24 in 2021, representing the third highest on the African continent in the review period.

Mauritius is a subtropical island country in the Indian Ocean, just over 1,130 kilometres east of Madagascar, off the south-eastern coast of Africa.

Seychelles is a country located in the Indian Ocean which, between 480 and 1,600 km from the east coast of Africa. It has an estimated population of 98,462, one of the lowest on the African continent. Its GDP per capita in 2020 stood at $11,425.09, representing the highest recorded in Africa in the period.

However, Fitch has forecasted that the country’s GDP will rebound by a 5% growth in 2021, driven by a robust resumption of tourist activities, favourable base effects, and supported by expansionary fiscal and monetary policies.

Nigeria ranks 17th in Africa despite its economic value

Nigeria, the ‘giant of Africa’ and the most populous country in the region with over 200 million people residing in the country according to World Bank estimates, boasts of being the largest economy on the continent with an aggregate GDP of $468.6 billion.

Nigeria’s GDP per capita stood at $2,097.09 in 2020 to rank 17th on the list of African countries, representing a 6% decline compared to $2,229.86 recorded in the previous year. Despite, recording the highest aggregate GDP, it is no surprise that Nigeria’s GDP per capita paints a less than stellar picture as the population size is enormous compared to other countries in the region.

Notably, Nigeria’s population of around 206.1 million accounts for about 18% of the entire sub-Saharan African, which in essence affects the per capita output. However, it is no excuse as the country has the human resources and youthful population to spur significant economic growth.

Note: GDP per capita is an important metric that breaks down a country’s economic output per person and is calculated by dividing the GDP of a country by its population size.