Physiotherapist cry out as they’ve been exempted In the newly established health sector forum.

Physiotherapists in the country under the aegis of the Association of Clinical and Academic Physiotherapists of Nigeria have decried the non-inclusion of their members in the newly established Health Sector Reform Committee by the Federal Government. 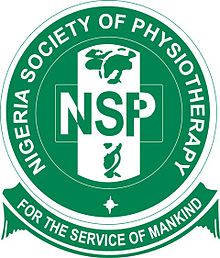 Physiotherapists in the country under the aegis of the Association of Clinical and Academic Physiotherapists of Nigeria have decried the non-inclusion of their members in the newly established Health Sector Reform Committee by the Federal Government.

The physiotherapists said that besides contributing their quota to the nation’s health sector, some certain health conditions are exclusively managed by them, noting that their exclusion from and the committee was wrong.

Buhari Approves the setting up of a health sector committee.

The committee is to work with the state governments and the Federal Capital Territory Administration.

The president also appointed Vice President, Prof. Yemi Osinbajo as chairman of the committee which is made up of representatives from different professional groups in the health sector as well as the state governors.

However, speaking on this year’s commemoration of World Physiotherapy Day, President, Association of Clinical and Academic Physiotherapists of Nigeria, Dr. Chris Okafor expressed the displeasure over the non-inclusion of his colleagues in the committee.

Okafor said his colleagues are particularly disturbed by the non-inclusion because members of other healthcare groups in the health sector are represented.

According to him, President, Nigerian Medical Association and President, Pharmaceutical Society of Nigeria;

Okafor who is a Senior Lecturer, Department of Physiotherapy, College of Medicine, University of Lagos, said, “We have presidents and members of the various professional groups in the health sector represented in the committee.

“We frown at this non-inclusion of physiotherapists in matters that concern them.

“Physiotherapists are stakeholders in the health sector in Nigeria because they contribute their quota in managing certain health conditions.

“There are certain health conditions that physiotherapists have exclusive care for.”

Speaking on this year’s theme titled, ‘Long COVID and Rehabilitation’, Okafor said physiotherapists play a critical role in managing people who have recovered from COVID-19.

According to him, healthcare cannot be complete without the contributions of physiotherapists.

He identified the shortage of jobs, lack of equipment, brain drain, poor remuneration and working conditions as challenges confronting the physiotherapy practice in Nigeria.