During the Early hours of the day Naira crashes to 545Naira/$

The Association of Bureau De Change Operators of Nigeria (ABCON) has stated that the Central Bank of Nigeria (CBN) must communicate with licensed BDC operators as soon as possible to fix the challenges that have arisen as a result of the regulator’s forex suspension policy. 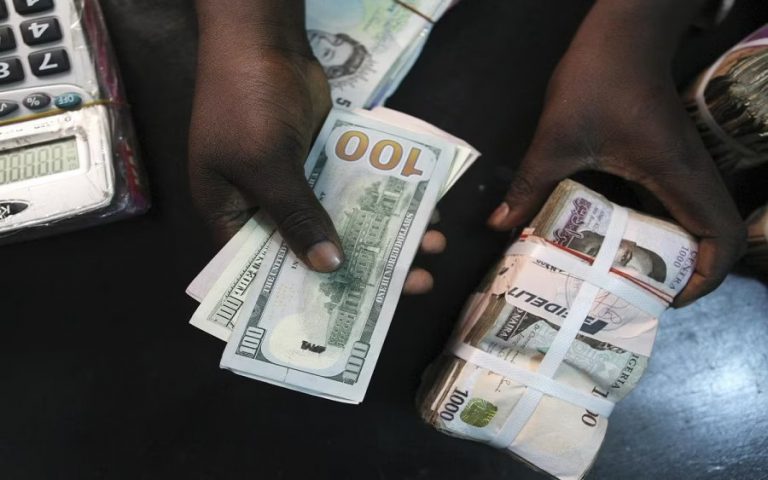 Alhaji Aminu Gwadabe, the President of ABCON, told reporters in Lagos over the weekend that the policy’s execution had exacerbated Nigerians’ economic hardships.

This is following the CBN announcement of the discontinuation of the sale of forex to BDC operators in the country, citing unwholesome practices of the BDCs. The naira has since dipped to its lowest point and the BDC operators are calling for collaboration.

At the time of writing this article, the naira had depreciated to $545/N1.

ABCON, according to Alhaji Aminu, has contributed over N300 billion to the economy and employs over 40,000 people. Gwadabe believes that the CBN’s strategy will exacerbate the worrying unemployment situation if it is not corrected.

Naira Appreciates once again against the US dollar

CBN did not engage ABCON before implementing the policy, according to Gwadabe, however, he said, “I am not exonerating my members from some of the allegations levelled against BDCs, but it is not possible to sanitise a problem with another problem.

“As it is now, $1 exchanges for over N500, which cannot be reversed in the short run. So, there is an urgent need for the CBN to go back to the drawing board, consult with the licensed BDC operators and together proffer solutions.”

It has been reported that Senior CBN officials disclosed that the apex bank will inject extra dollars into approved banks in order to increase the economy’s foreign exchange supply.

The black (parallel) market accounted for less than 1% of FX transactions, according to the officials, and should never be utilized to decide Nigeria’s dollar exchange rate.

There is no reason for anyone, who needs dollars to go to the black market as long as the person needs dollars for legitimate purposes.

The Senior CBN official said “Anyone patronising the black market to buy dollars at such rates must be engaged in illegal business because he can get the same dollars from the banks, the CBN, investors and exporters’ window at much lesser rates.

“Their banks will sell them dollars through any of the approved channels. If anyone is refused, he/she should come out openly to report the bank. We will deal with the bank.

In case you missed it

At the last Monetary Policy Committee (MPC) meeting on Tuesday, July 27, 2021, the Central Bank of Nigeria hit at the Bureau De Change (BDC) for illegal forex trading and stated that it will henceforth discontinue the sale of forex to the Bureau operators in Nigeria.

The CBN Governor, Godwin Emefiele, also announced a halt on the licensing of new Bureau De Change (BDC) operators and further processing of BDC application for forex across the country.

The Central Bank of Nigeria (CBN) has stated categorically that it has no intention of converting forex in domiciliary accounts of bank customers to naira as a way of checking the shortage of US dollars in the country.