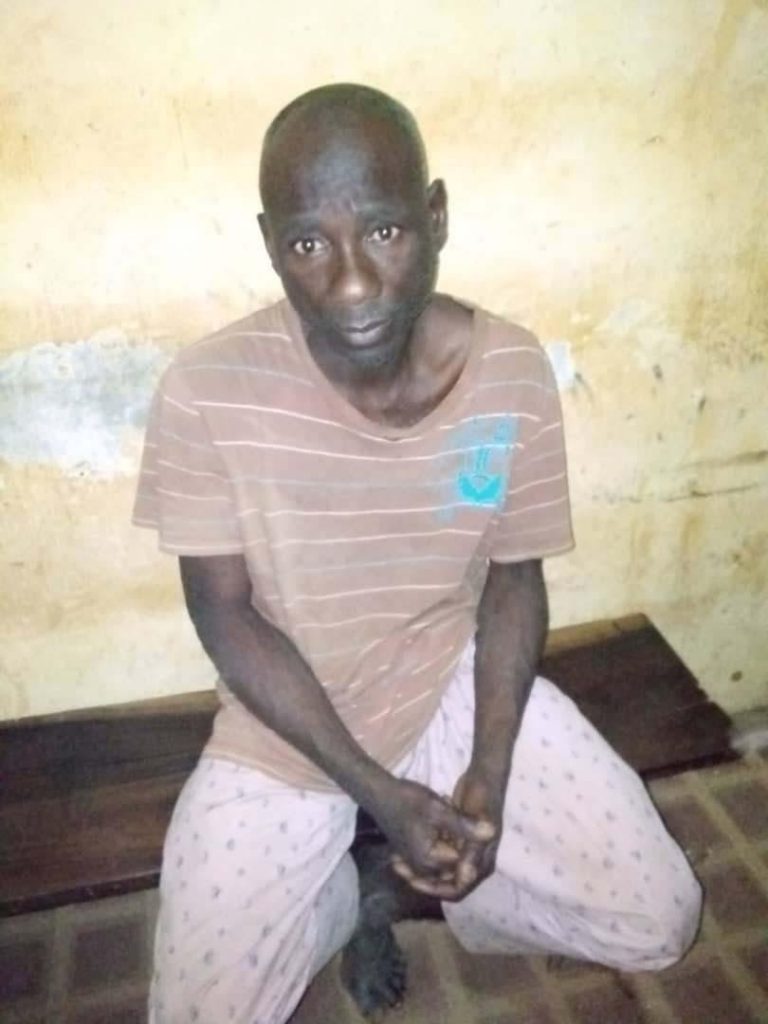 Parading the suspect, the Kebbi state commander Musa Bala disclosed that, the arrest was effected following a tip off from members of the public who reported the incestuous affair “we parade before you a 40 year old father Aminu Bello who allegedly raped his 13 year old daughter Hafsat in Badariya area Birnin Kebbi, Kebbi state”.

The NSCDC chief who described the act as the highest immorality, stated that his command will continue to arrest and expose the bad elements in the society.

The command’s spokes person DSC Akeema Babatunde Adeyemi, stated that investigations are on going on the matter after which the suspect will be arraigned before the court for prosecution.

He urged neighbours and members of the public to put eyes on suspicious movements and/or acts that are likely to degenerate into heinous crime.

He added that Kebbi command will not sleep on its responsibility to nib in the bud all criminal elements in the state.