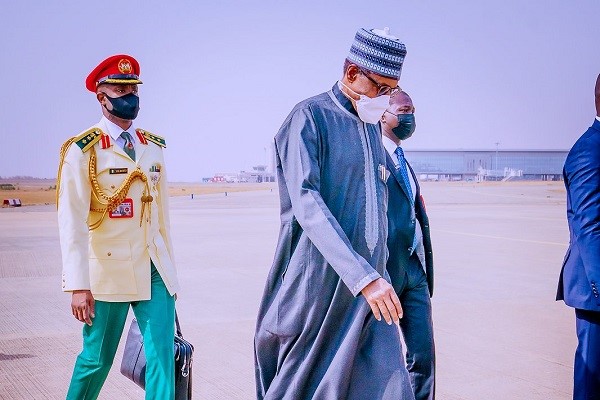 Yesterday, president Muhammadu Buhari, who is also the minister of petroleum, left for Nairobe Kenya to participate in the special session to commemorate the 50th anniversary of the united nations environmental programme.

President Buhari will proceed to London, the united kindom, for a routine medical check-up. According to Guardian, the president already, has been knocked for the trip described as extravagant and not demonstrating the real situation at home.

The newspaper further wrote, as he travels between east Africa and the uk, he leaves behind a country dotted with endless queues and unending blame game, over who is responsible for the unending fuel scarcity.

From our report, it was discovered that many states in the country are still facing major challenge accessing fuel. A lot of filling station have been shut down while those open still have long queues with motorist sleeping at the fuel stations.

Marketers also noted that the situation would prevail until the adulterated products are evacuated from the affected stations, adding that the products cannot be blended as insinuated by NNPC.