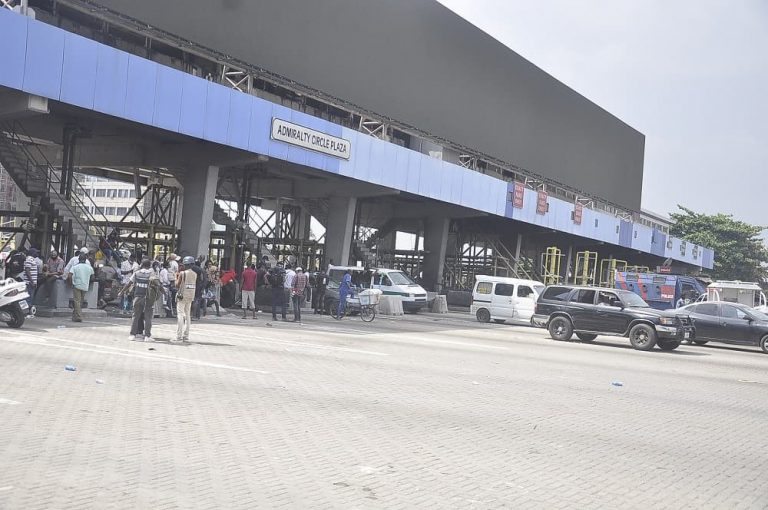 Daily Trust reports that tolling had been suspended in both plazas since the commencement of the protest against police brutality also known as #EndSARS with protesters taking over the plaza and preventing tolling activities in the ever-busy Lekki-Epe Bridge.

The protest took a deadly turn on October 20, 2020, when scores of protesters were allegedly shot at the Lekki Tollgate.

What followed was the destruction of the toll plazas on the Lekki-Epe expressway and the Lekki-Ikoyi Link Bridge where the LCC operates.

There has been a controversy over the planned resumption of tolling with some stakeholders calling for the dismantling of the toll plazas.

But the LCC has informed commuters plying the corridor that it was set to resume tolling by April 1, 2022.

It however said the commuters will not have to pay any toll for the first two weeks until 15th April 2022 as this period would be toll-free to all motorists plying the Lekki-Ikoyi Link Bridge.

LCC’s Managing Director, Yomi Omomuwasan, said the resumption of services at the Lekki-Ikoyi Link Bridge Toll Plaza was coming “after extensive consultations with, and the support of key stakeholders including the Residents’ Associations, Traditional Rulers and Community Leaders, professional bodies, as well as the Lagos State Government.”

He said, “We have introduced new technology and innovations to make passages at the Toll Plaza seamless and faster for commuters. We are replacing old toll devices with upgraded ones for faster throughput at the Toll Plaza.
“The new devices have been configured to synchronize with the newly upgraded tolling systems and will improve functionality while enabling a better experience at the Toll Plaza,” he added.

In addition to toll collection, LCC stated that it would continue to provide essential services, including free 24/7 emergency assistance, vehicle breakdown, and recovery services, and security patrol to all road users along the Eti-Osa/Lekki-Epe Expressway corridor.