Nigerian Governor To Sacks All Commissioners, Chief of Staff, SSG, and Other Political Appointees 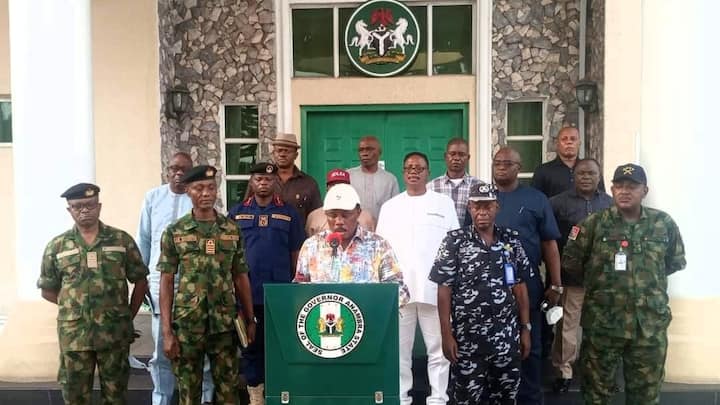 Awka, Anambra state – Governor Willie Obiano of Anambra state has announced the dissolution of his cabinet members and the termination of all the political appointees’ appointments with effect from Wednesday, March 16, 2022. The governor explained that this was to prepare for the incoming government of Prof Charles Soludo to take over on Thursday, March 17.

Legit.ng gathers that Obiano, in a notice signed by the Secretary to the Anambra State Government, on Monday, March 14, Prof. Solo Chukwulobelu, urged all cabinet members and aides to hand over to the most senior officers in their respective ministries.

Obiano is expected to hand over to the incoming governor on March 17 when his eight years two-term tenure expires. According to him, those affected are all political appointees, Secretary to the State Government, Chief of Staff, Principal Secretary, Chief Press Secretary and commissioners. Others are special advisers, chairmen and members of non-statutory boards/agencies/committees, senior special assistants, special assistants and executive assistants. The statement reads: “This is to notify all political appointees that the life of the present administration will end on March 16. “Consequently, all appointees are informed that their appointments will terminate on the above-stated date. “You are therefore advised to hand over all government properties in your possession to the most senior civil servant in your office, and the officer should acknowledge the receipt as appropriate.” Chukwulobelu said those in tenured appointments such as Managing Directors/CEO, Executive Secretaries and Provosts were not affected by the circular and would be determined by the next government.  reported that the Anambra state’s governor-elect, Soludo, said that his administration will not tolerate unnecessary delays in the execution of government projects and activities in the state. Soludo warned that his administration would not tolerate official protocols aimed at undermining his activities  as the state’s key administrator. Speaking on the plans set down by the incoming Soludo administration, the media aide to the governor-elect, Christian Aburime, said his principal has made it clear that he would not allow his image to be tarnished after all he did as governor of the Central Bank of Nigeria and other international achievements.