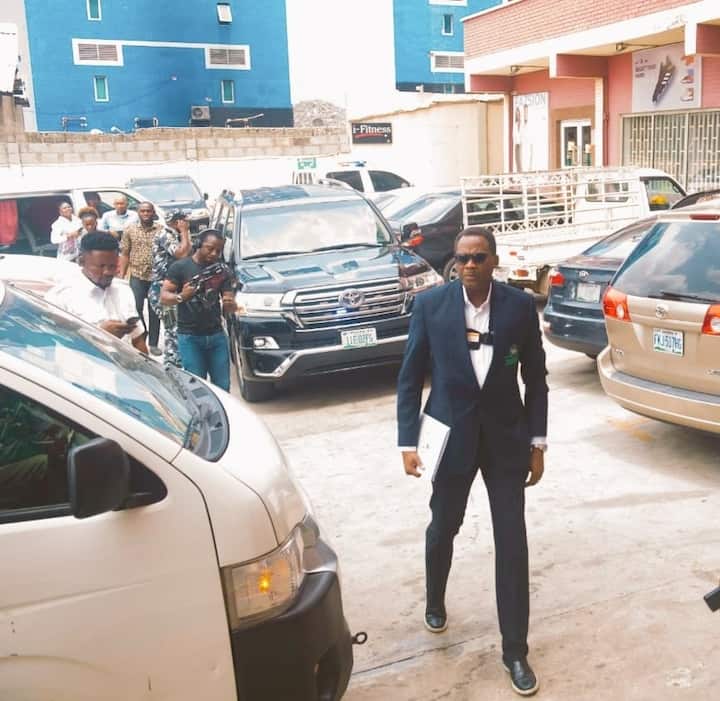 The federal government of Nigeria has finally commenced a crackdown on online loan apps parading as lenders in Nigeria.

According to the government, online loan companies have caused a lot of damages in the country through invasion of people’s privacy, breaching Nigeria’s data laws among others.

As a result of this, the federal government, in other to protect the interest of Nigerians from these online loan apps and their illegal practices, has listed two important things it is set in motion against them.

The fg has Written to Apple and Google stores The federal government says it has written to global app companies asking them to suspend the operations of the online banks.

Specifically, the FG has written to Apple and Google stores to shut online loan apps down so that people will no longer be victimised.

The FG said: “In addition to what you are seeing here today, the FCCPC has also issued multiple orders today. Two of them are going to vendors: Apple and Google stores where some of these apps are available. We have asked them to shut these companies’ apps down so that people will not be victimised anymore.”

The FG has Freezed their accounts. Many Nigerians have blamed some Nigerian commercial banks for accommodating these shylock loan companies. To many people, these banks enables the loan companies to prey on Nigerians. The federal government has also gone along this line of thoughts and has now asked that these banks to freeze the accounts of the illegitimate loan companies. The federal government added: “Secondly, some of them (the orders) have gone to the bank, asking them to freeze the accounts used by these people.”

Recall Legit.ng had reported that many Nigerians are battling high blood pressure as a result of the activities of unscrupulous online loan sharks taking advantage of the economic situation of the country. These criminal loan sharks that parade google playstore have become experts in blackmail and blatant invasion of peoples privacy. They have been accused of employing different types of mannerless and uncultured characters as workers.

The federal government have also insisted that most of them are illegally operating in Nigeria. And in efforts to regulate them, the FG through an Inter-Agency Joint Regulatory & Enforcement Task Force of FCCPC, NITDA, ICPC raided some of the loan sharks offices in Lagos state.