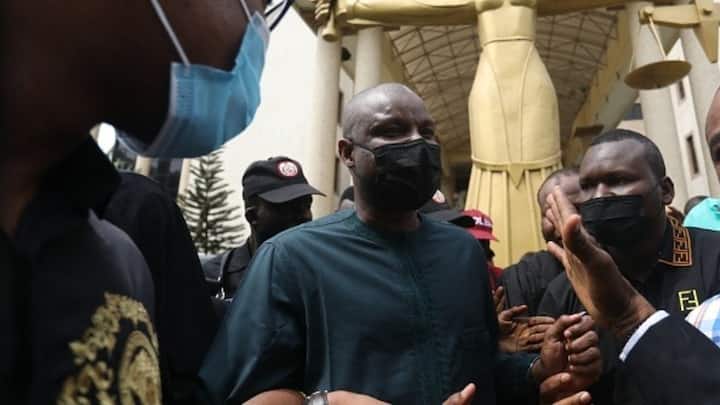 Kyari, a suspended deputy commissioner of police, says corrupt operatives Abba of the National Drug Law Enforcement Agency (NDLEA) framed him up for demanding a reward for a whistleblower who aided the the police Intelligence Response Team in the arrest of a suspect. Kyari who is standing trial at the Federal High Court in Abuja over his alleged involvement in a cocaine deal, accused the NDLEA operatives of providing cover for drug cartels to ferry in cocaine into Nigeria, Premium Times reported.

The suspended senior police officer who used to head the Intelligence Response Team (IRT) has been in the eye of the storm after he was first fingered in a multi-million-dollars Internet fraud case by the US government. Amid the US government’s request to extradite Kyari, the NDLEA accused him of being involved in drug dealings, alongside other police officers.The agency subsequently released a video of the DCP allegedly attempting to bribe one of its officials. On Monday, March 7, Kyari and four other police officers were arraigned at the Federal High Court in Abuja on charges relating to illicit cocaine dealing. Chibuna Umeibe and Emeka Ezenwanne, who are non-police officers, admitted their guilt in the unlawful importation of 21.35kilogrammes of cocaine. However, Kyari and the four other police officers pleaded not guilty to the eight-count charge.

Meanwhile, amid his arrest and eventual arraignment, the suspended cop sued the anti-narcotics agency for violating his fundamental human rights. He demanded N500 million compensation for the breach of his rights to freedom of movement, among others. In a court document deposed to by one Muhammad Nur Usman who identified himself as Kyari’s younger brother, he told the court that NDLEA officials usually cleared a drug baron “and even escort him from the airport to his destination.” Giving further details that led to his travails at the hands the NDLEA, Kyari said on that fateful day, the suspect as usual shipped drugs (cocaine) from Ethiopia to Enugu Airport.