IGP: Recommendation for the suspension of Head of Police, Abba Kyari.

IGP Recommends suspension of Head of Police, DCP Abba Kyari over the ongoing investigation into an indictment of alleged involvement in Internet Fraud by the FBI. 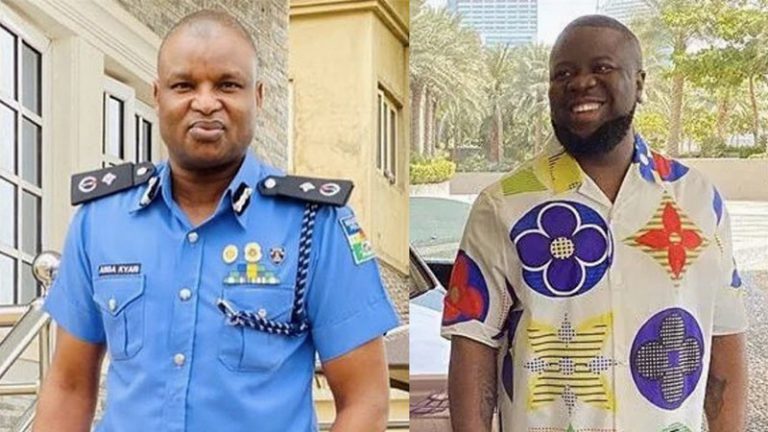 IGP Recommends suspension of Head of Police, DCP Abba Kyari over the ongoing investigation into an indictment of alleged involvement in Internet Fraud by the FBI.

The Inspector-General of Police, Usman Baba, has recommended the “immediate suspension” of the Head of the Police Intelligence Response Team, Deputy Commissioner of Police, DCP Abba Kyari, from the Nigeria Police Force.

The recommendation states that DCP Kyari’s suspension will be on pending the outcome of ongoing internal investigations into his indictment for alleged involvement in a $1.1m internet fraud concerning the alleged fraudster Mr Abbas, popularly known as HushPuppi, by the Federal Bureau of Investigation (FBI).

The IGP, in a letter to the Police Service Commission dated July 31, 2021, noted that the recommendation for the suspension of the officer was in line with the internal disciplinary processes of the Force.

“The IGP further noted that the suspension is also expected to create a good enough environment for the NPF Special Investigation Panel to carry out its investigations into the weighty allegations against DCP Abba Kyari without interference.

A Special Investigation Panel comprising of four senior police officers, headed by the Deputy Inspector-General of Police in charge of the Force Criminal Investigations Department, Joseph Egbunike, was set up to investigate the allegations against Kyari.

This was all disclosed and contained in a statement made available to the public on Sunday by the spokesman, the Force Public Relations Officer, FPRO, Frank Mba, a 9999 of Police CP.

The FBI criminal complaint lodged at the United States District Court in California had listed Abass Ramon, aka Hushpuppi; and Kyari among six suspects indicted in a $1.1m international fraud conspiracy.

Kyari, who is popularly known as ‘super cop,’ had been under fire since the FBI, last Wednesday, unsealed a 69-page court document showing that he had been under investigation by the Bureau for his alleged link to Hushpuppi, who had pleaded guilty to fraud.

The statement by the IGP, which has been disclosed by the FPRO reads in Part,

” The suspension is without prejudice to the constitutional presumption of innocence in favour of the officer.

“The SIP, inter alia, is to undertake a detailed review of all the allegations against DCP Abba Kyari by the US Government as contained in relevant documents that have been availed the NPF by the Federal Bureau of Investigation.

” The SIP is also to obtain a detailed representation of DCP Abba Kyari to all the allegations levelled against him, conduct further investigations as it deems fit, and submit recommendations to guide further actions by the Force leadership on the matter

Meanwhile, the IGP has reaffirmed the commitment of the Force to the rule of law and assured the public of the sanctity of the probe as well as the absolute respect for the rights and privileges of the officer throughout the investigations