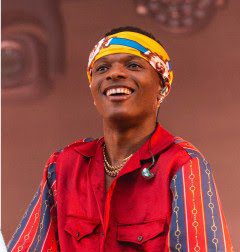 The Nigerian superstar teased “something special” was coming on his socials before announcing an official remix featuring the Canadian pop star, which is set to drop at midnight ET. “Thank u for letting me jump on the song of the summer,” Bieber wrote on Instagram while sharing a graphic featuring all three artists’ names on top of the song’s title.

“Essence” Debuted on the Billboard Hot 100 in July at No. 82 after the Tems-assisted song was released in October 2020 from Wiz’s album Made in Lagos. The sultry Afrobeats/R&B club jam has been steadily climbing the tally over the last five weeks, rising to its current position of No. 54 in the week ending Aug. 14.

The song could experience a leap on the chart following the Bieber-assisted remix, which happened with Luis Fonsi and Daddy Yankee’s “Despacito.” The Latin pop anthem leapt to No. 1 on the Hot 100 in 2017 and remained at the top for 16 weeks, making it the major record for longest-running No. 1 song at the time. The watershed movement could translate for the Afrobeats genre with the new version of “Essence.”

Wiz has famously worked with another Canada-born sensation –Drake — on the No. 1 smash “One Dance” in 2016, which also features British singer Kyla.

The remix comes in the same week as Tunji Balogun, who was executive VP of A&R RCA Records for six years and signed WizKid in 2016, being announced as the new CEO/chairman of Def Jam Record, the home of Bieber. Balogun — who was recently named to Billboard’s R&B Hip-Hop Power Players list — will oversee a roster including Bieber, Jay-Z, Kanye West, Rihanna, YG, Big Sean, Logic and Alessia Cara in his new role.

“This is the first time where it feels like a song is competing on the level of a similarly promoted song from Western artists in the pop genre,” Wizkid told Billboard about the legacy of “Essence” in an interview. “And I hope that’s the lasting influence of the record — that it opens doors for more people with different styles and different textures.”