The Securities and Exchange Commission’s (SEC) financial crisis has sent shivers down the spine of the capital market community, with many fearing that the Commission would be compelled to cut its personnel costs and perhaps retrench workers if the situation does not improve. 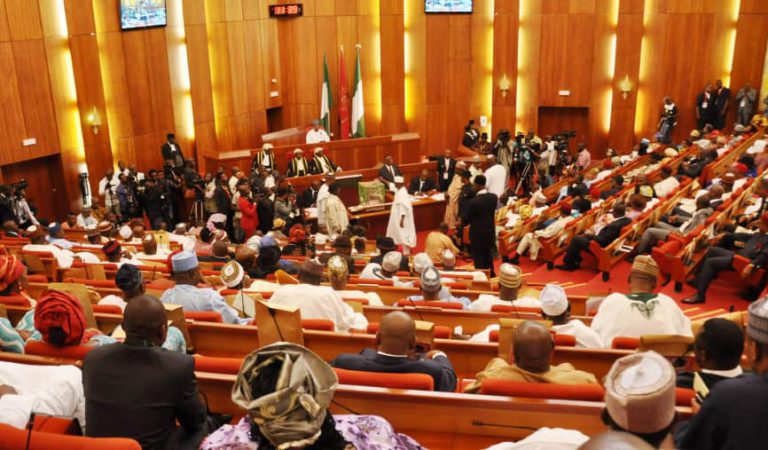 The Securities and Exchange Commission’s (SEC) financial crisis has sent shivers down the spine of the capital market community, with many fearing that the Commission would be compelled to cut its personnel costs and perhaps retrench workers if the situation does not improve.

While testifying before the Senate Joint Committees on the 2022-2024 Medium-Term Expenditure Framework and Fiscal Strategy, Lamido Yuguda, the Director-General of the nation’s capital market regulator, explained that the Commission recorded an N2.9 billion deficit in 2019, N4.3 billion in 2020, and N1.7 billion at the end of June 2021, bringing the total deficit to N9 billion.

Concerned about the trend, Senator Adeola Olamilekan, who chairs the Joint Committees on Finance, National Planning, Petroleum Upstream, Downstream, and Gas in the upper legislative chamber, called attention to the Commission’s excessive personnel costs in the last two years.

He said:” This budget gives us a wrong impression about The SEC. You are a regulator to businesses that are making money, but you aren’t making money. You may need to look at how to regulate your personnel to generate money. You need to cut down on cost. Your personnel cost, your top profile takes about 70 percent of total emolument of N9 billion, only 30 percent go to lower cadre. We should know what is happening. This is the second year you are coming with a deficit budget.”

However, in his reaction, SEC DG Yuguda said that the market crisis and the COVID-19 had harmed the Commission.

Senator Kashim Shettima, the former governor of Borno State, criticized his response, stating that the SEC was on the verge of insolvency due to its enormous recurrent costs, as seen by its record before the Joint Committees.

The SEC chairman retorted, claiming that the Commission is a wholly self-funded government institution that receives no funding from the federal government.

Yuguda said the Commission was collaborating with the Nigerian Exchange Limited (NGX), the National Association of Securities Dealers (NASD), and, to a significant extent, the FMDQ Group to keep the capital market fair, competitive, and efficient. Twitter on Wednesday launched a long-promised “Super Follows” feature that lets creators sell subscriptions for access to special content.

The move came as Twitter strives to be a preferred online venue for clickable stars and to boost its own income in ways that don’t clutter the platform up with ads or promotions.

Influencers like makeup artists or sports experts will be able to offer “behind the scenes” content, early access or other perks to their subscribers for a fee ranging from $3-$10 per month.

“With Super Follows, people can create an extra level of conversation on Twitter to interact authentically with their most engaged followers – all while earning money,” Twitter product manager Esther Crawford said in a blog post.

“Creating Super Follows content is for anyone who brings their unique perspectives and personalities to Twitter to drive the public conversation.”

Twitter had been testing the Super Follows feature, and said it officially launched with a small group of creators in North America.

The option to follow participating creators will roll out globally to people using Twitter on Apple mobile devices in coming weeks.

The feature will be eventually brought to smartphones powered by Google-backed Android software as well as to the twitter.com website reached through browsers, according to Crawford.

Twitter will take no more than three percent of subscriptions as a transaction fee until a creator rakes in $50,000 at the platform, at which point Twitter’s share rises to 20 percent, according to the San Francisco-based company.

App store fees, which can be as much as 30 percent of transactions, are paid by creators selling the subscriptions.

The company, which has more than 200 million active users, is looking for new ways to generate revenue without further more advertising.

FG announces plans for Eurobond’s issuance at the ICM.