Adegoke loses out on the Olympics gold medal due to injury, Italy’s Lamont Jacob wins the race.

Enoch Adegoke loses out as he limps off the tracks with an injury midway into race, Lamont Jacob emerges winner of the 100metre race. 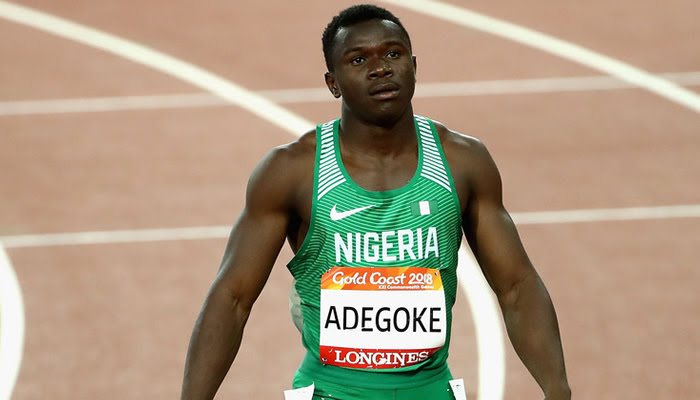 Enoch Adegoke loses out as he limps off tracks with injury midway into race.

In the early hours of Saturday, July 31st, Nigeria’s duo Enoch Adegoke and Usheoritse Ese Itsekiri representing the country in 100-metres race at the Olympics had qualified for semifinal after finishing 1st and 3rd respectively in their heats.

Adegoke finishes with a personal best time of 9.98s from the second heat that almost equal the 9.97s he set during the qualification for the games that was not accepted.

Itsekiri on his part finished in 10.15s in the first heat.

Divine Oduduru, another representative who was supposed to compete in the fifth heat was disqualified after a false start.

The semi-final and finals were then set for Sunday.

Italy’s Lamont Marcell Jacobs had stormed out with a personal best of 9.80s to clinch gold in the men’s 100 metres final event at the Tokyo 2020 Olympics on Sunday.

As the most anticipated event of the day as all finalists stood a chance of clinching gold having all qualified for the final under 10 seconds. It was also an opportunity to end Usain Bolt’s reign as Olympic champion.

Meanwhile, Nigeria’s representative, Enoch Adegoke could not finish the race as he limped off injured midway into the race.